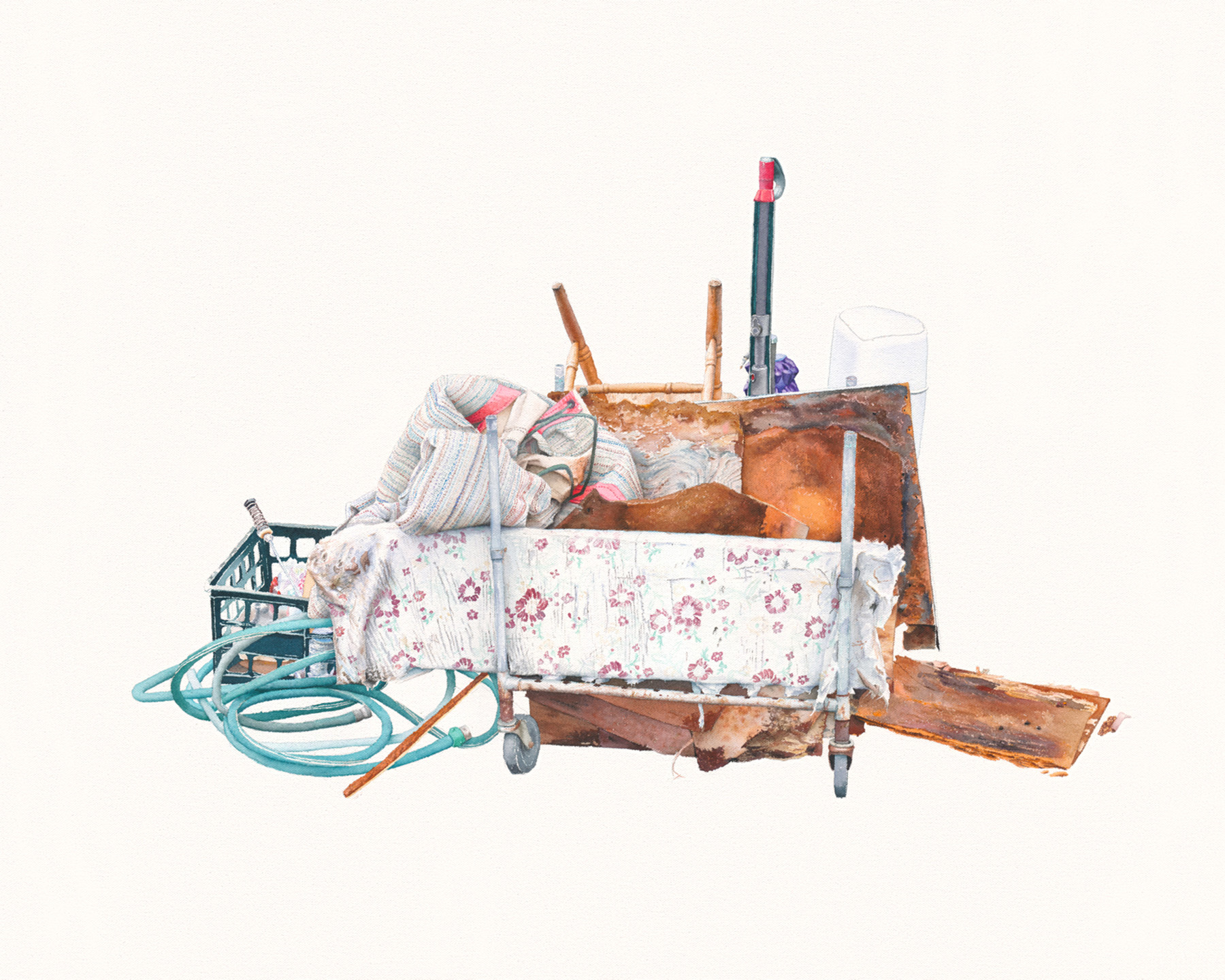 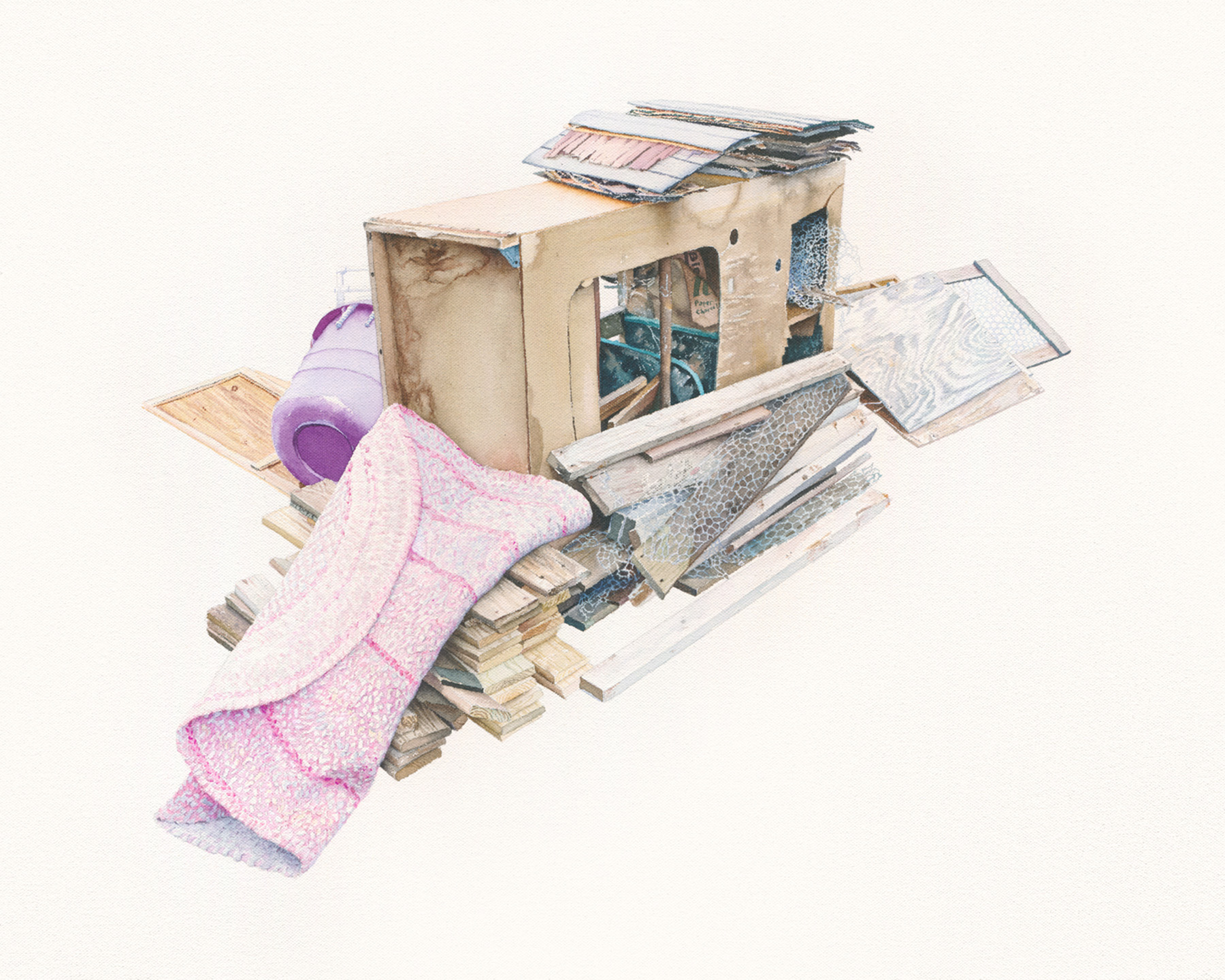 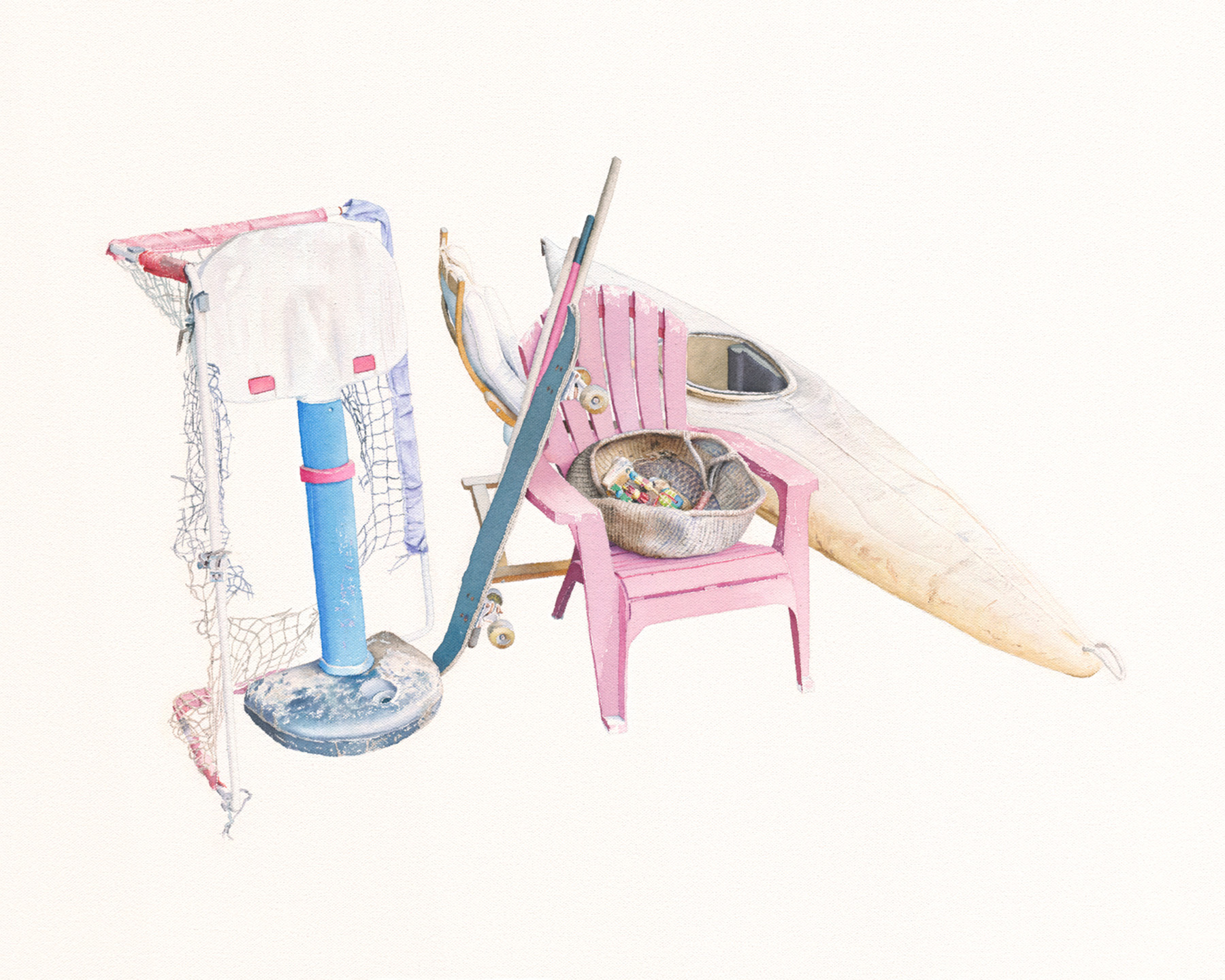 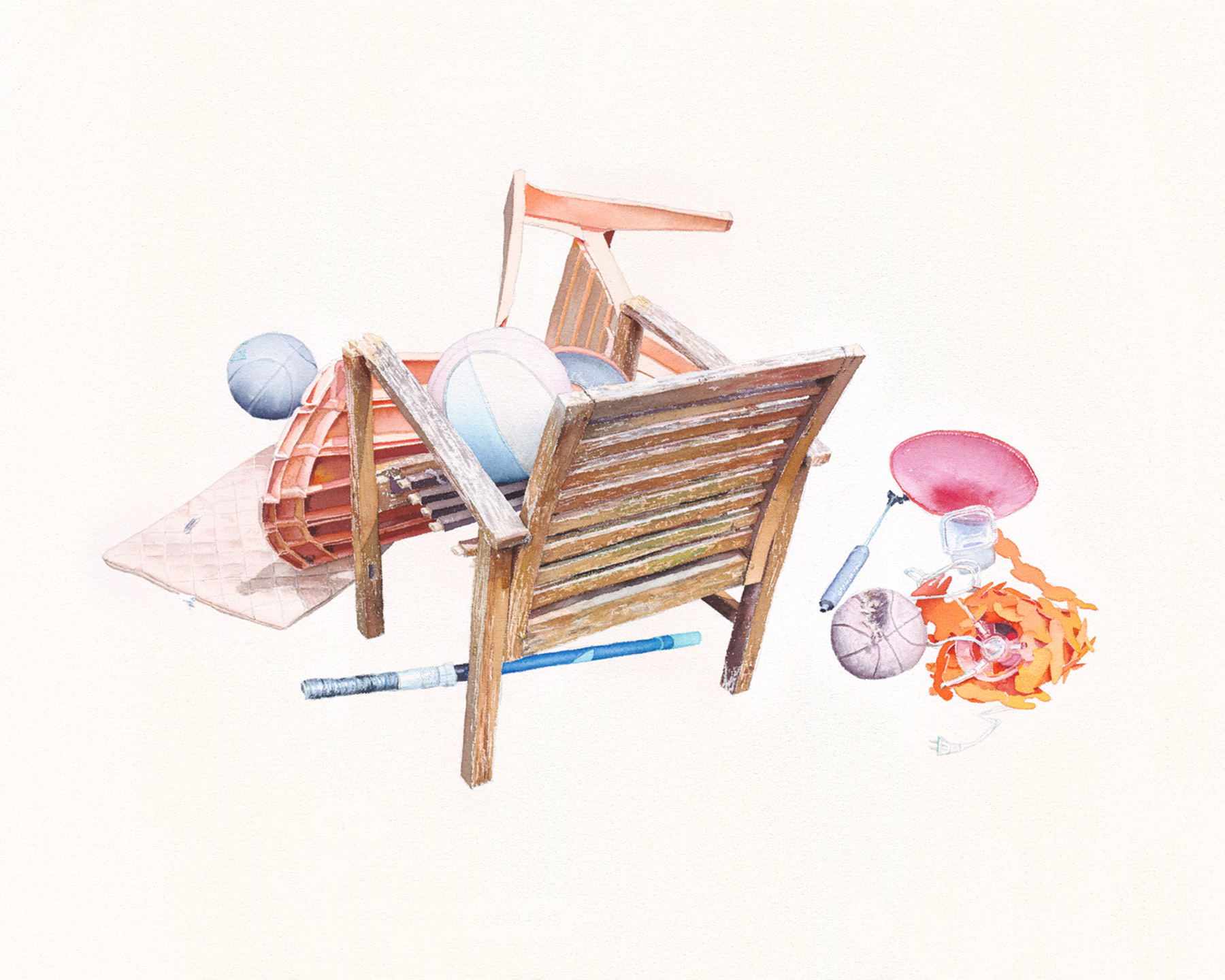 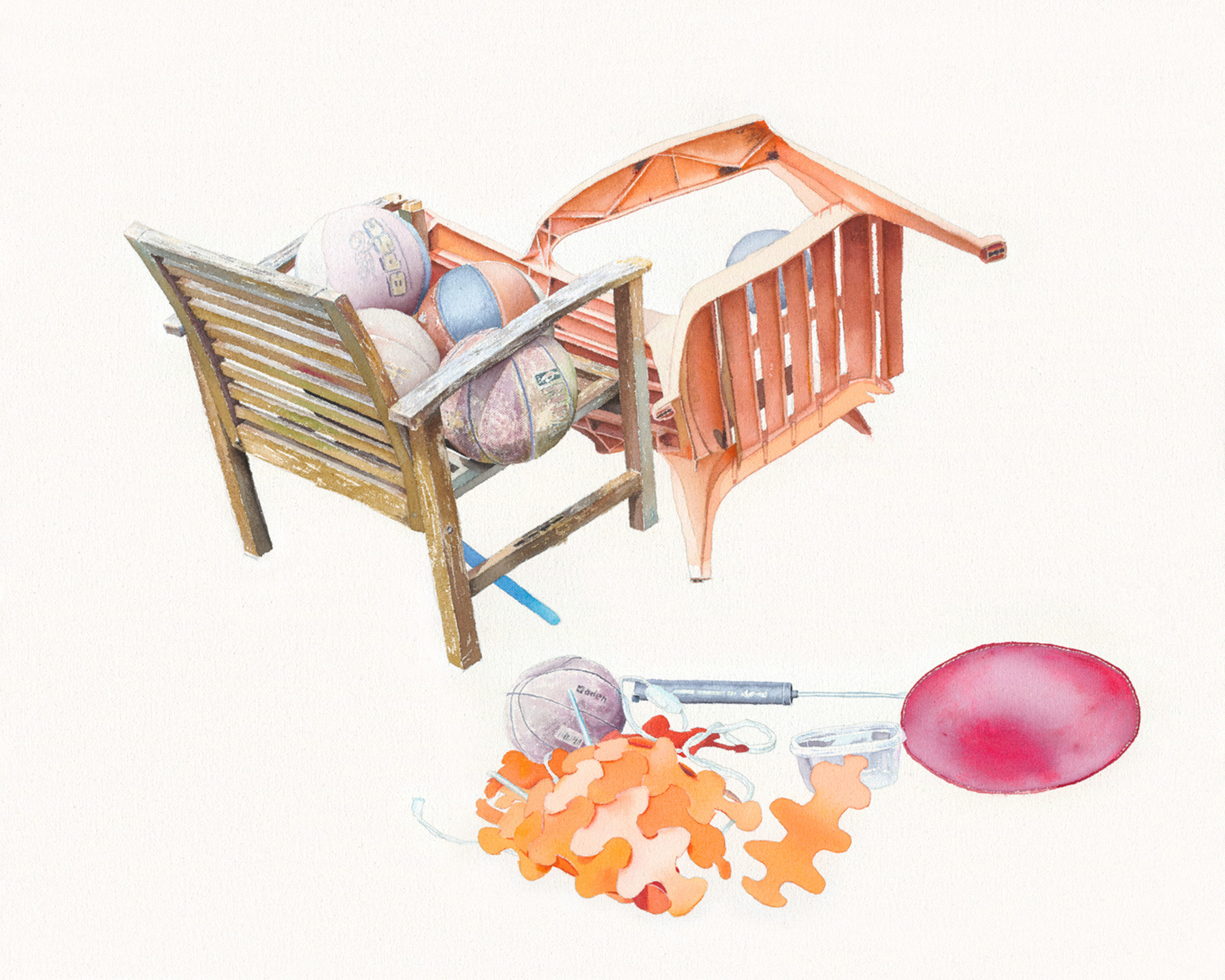 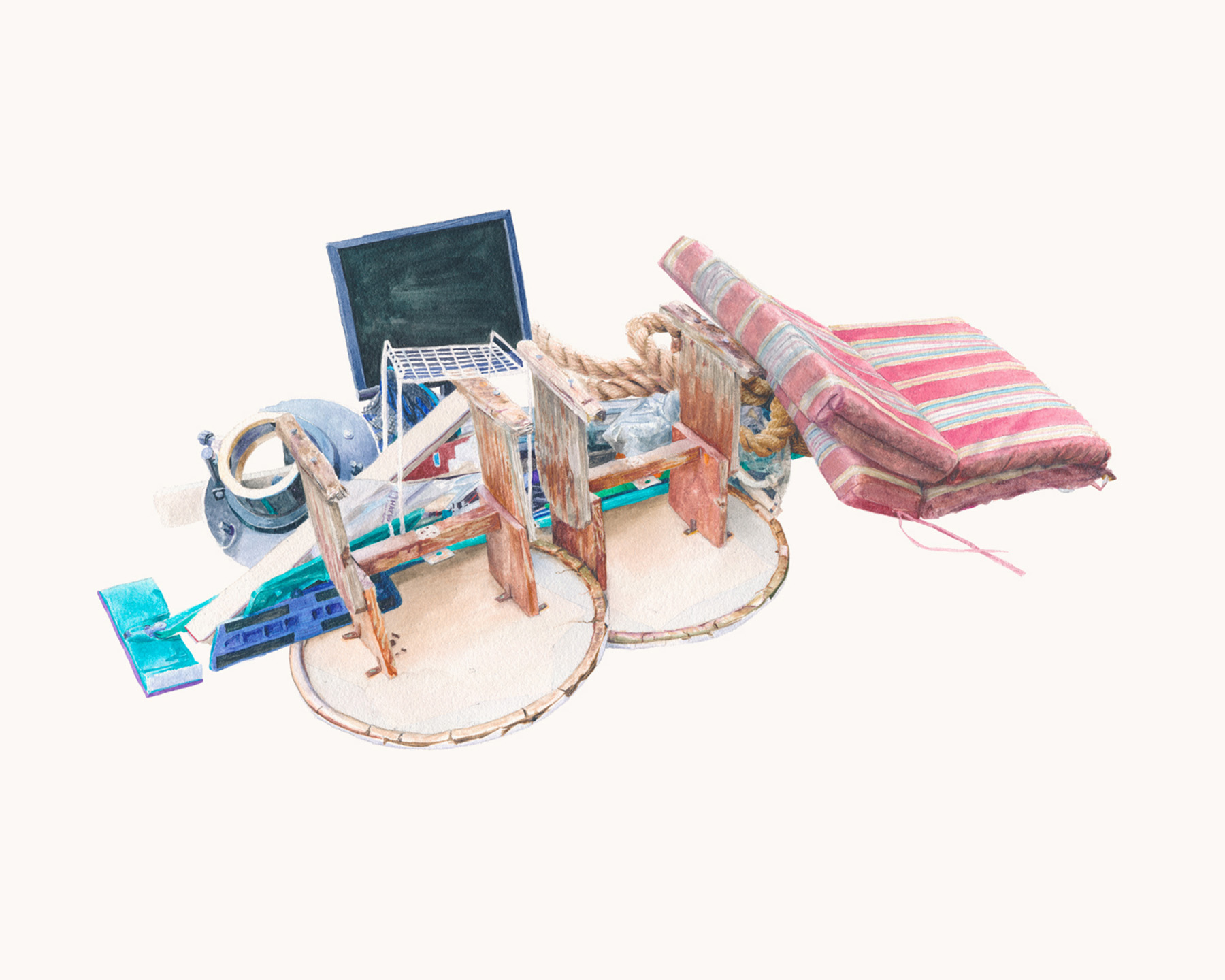 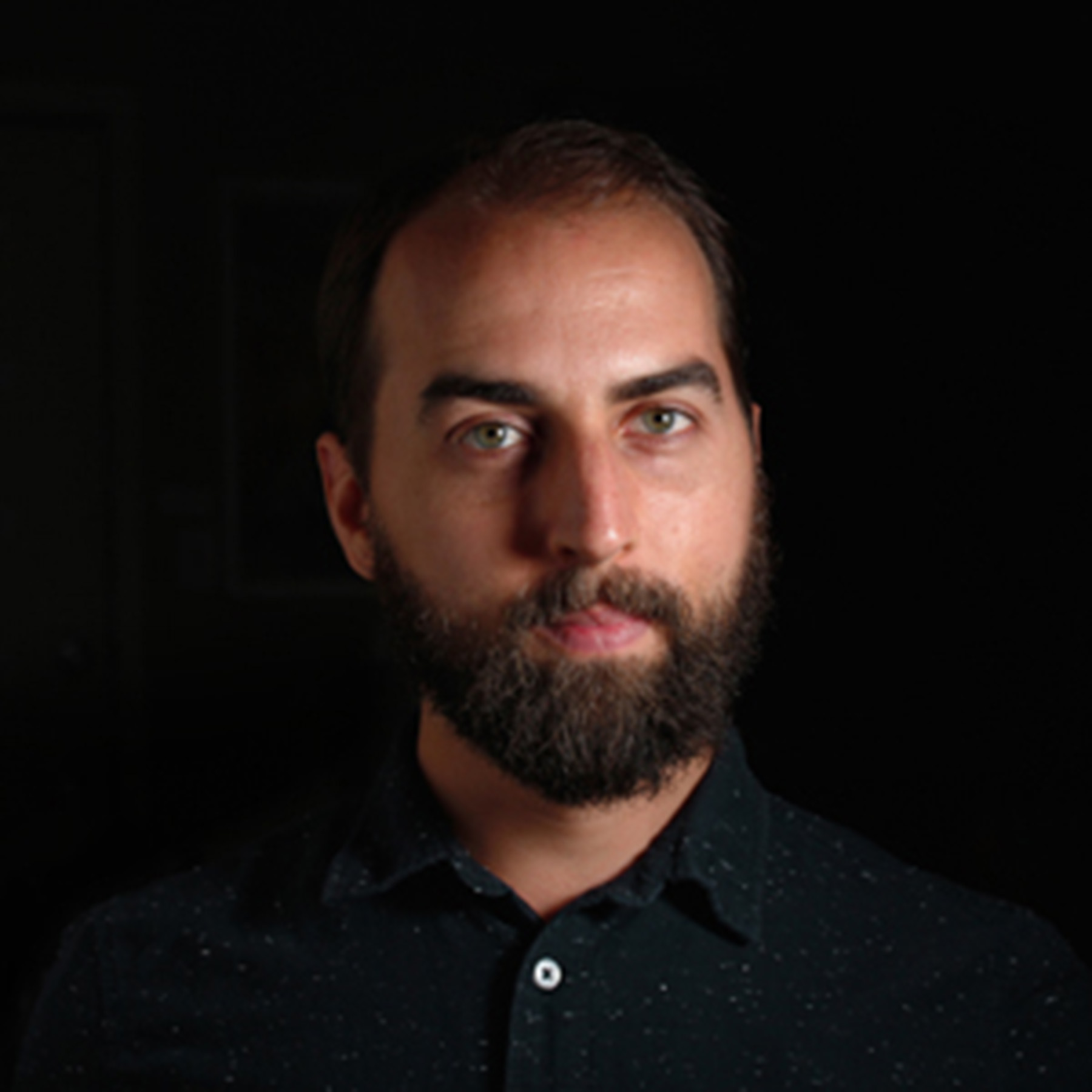 Jason Webb was born and raised in Round Rock, TX. He studied computer animation and studio arts at Jacksonville University, where he completed a BFA in 2008. Jason was honored as fine arts student of the year by faculty on the heels of a successfully defended undergraduate thesis which experimented with mapping hand painted acrylic textures onto computer generated objects. After graduating Jason moved back to Austin, TX and refocused his visual art practice exclusively to acrylic paintings. His primary subjects are detritus and urban blight, depicted naturalistically. He has exhibited extensively in Austin, TX and from 2009 to present has been a loyal participant in Big Medium's studio tours. Jason frequently donates artwork to annual fundraising events benefiting local arts institutions. He is a three time Hunting Art Prize finalist, and winner of the 2012 Eye's Got it! competition; which awarded him a solo exhibition at grayDUCK gallery in 2013. Since then he's had a solo show at Mcmurtey Gallery in Houston, and had work in group shows across the country including Brooklyn, NY, Fort Wayne, IN, and Davis Gallery in Austin, TX.

Jason Webb revels in the beauty there is to be found in things deemed valueless. For the past eight years he's been working on a series of paintings depicting trash piles. More specifically, trash set out for residential bulk collection in Austin, TX. He first photographs them exactly as found, confoundingly arranged by their disposers. Then back in the studio, he paints select piles with water-thinned acrylics, a technique akin to watercolorists'. His college education in computer animation is evident in the aesthetic choice to isolate each pile as a single globular object surrounded by blank space (much like the default interface of three-dimensional computer graphics software). His interest in individual piles is driven by their sublime beauty and the uniquely personal stories they hint at. And yet, when viewed as a series, anthropological questions and environmental concerns are raised. 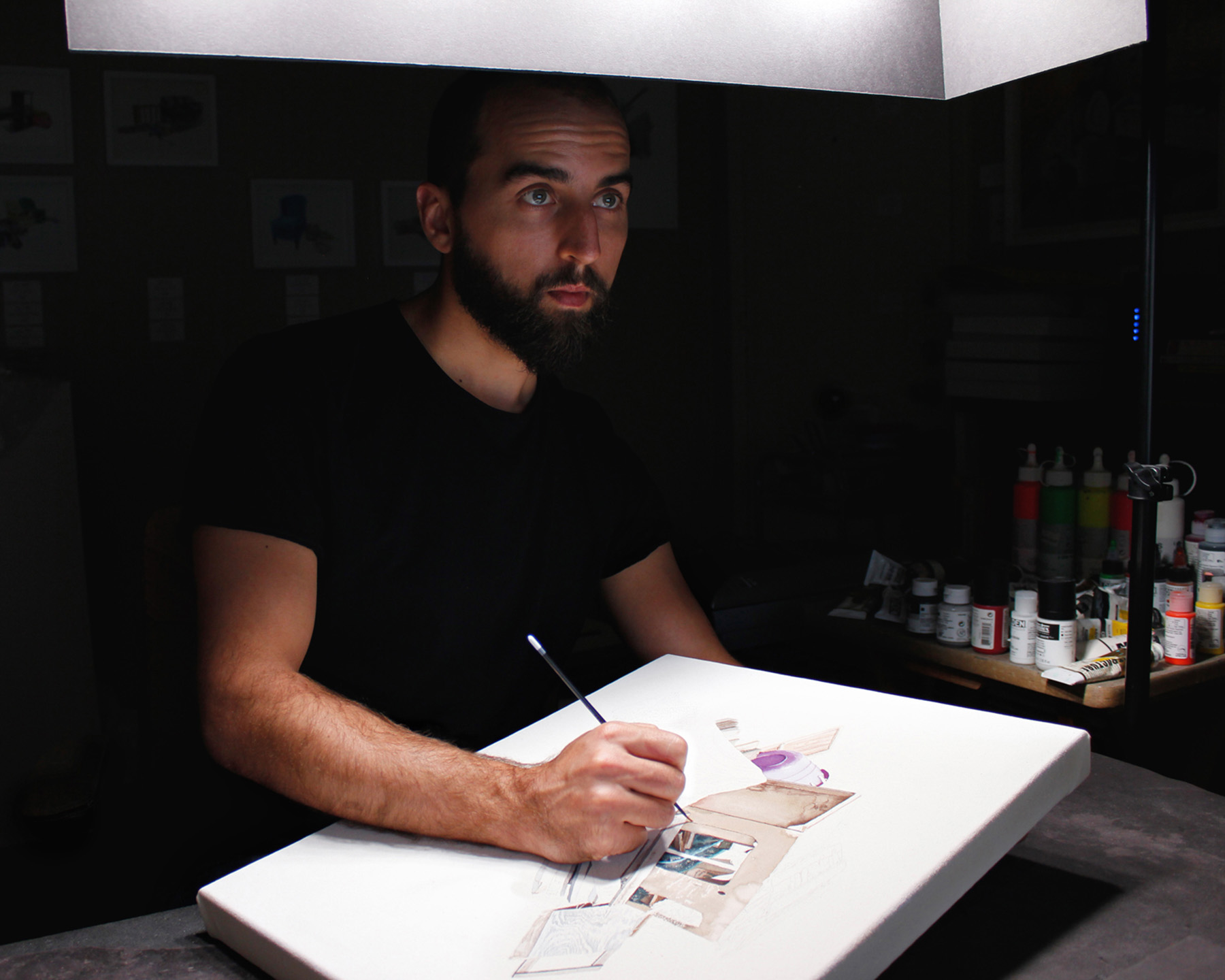 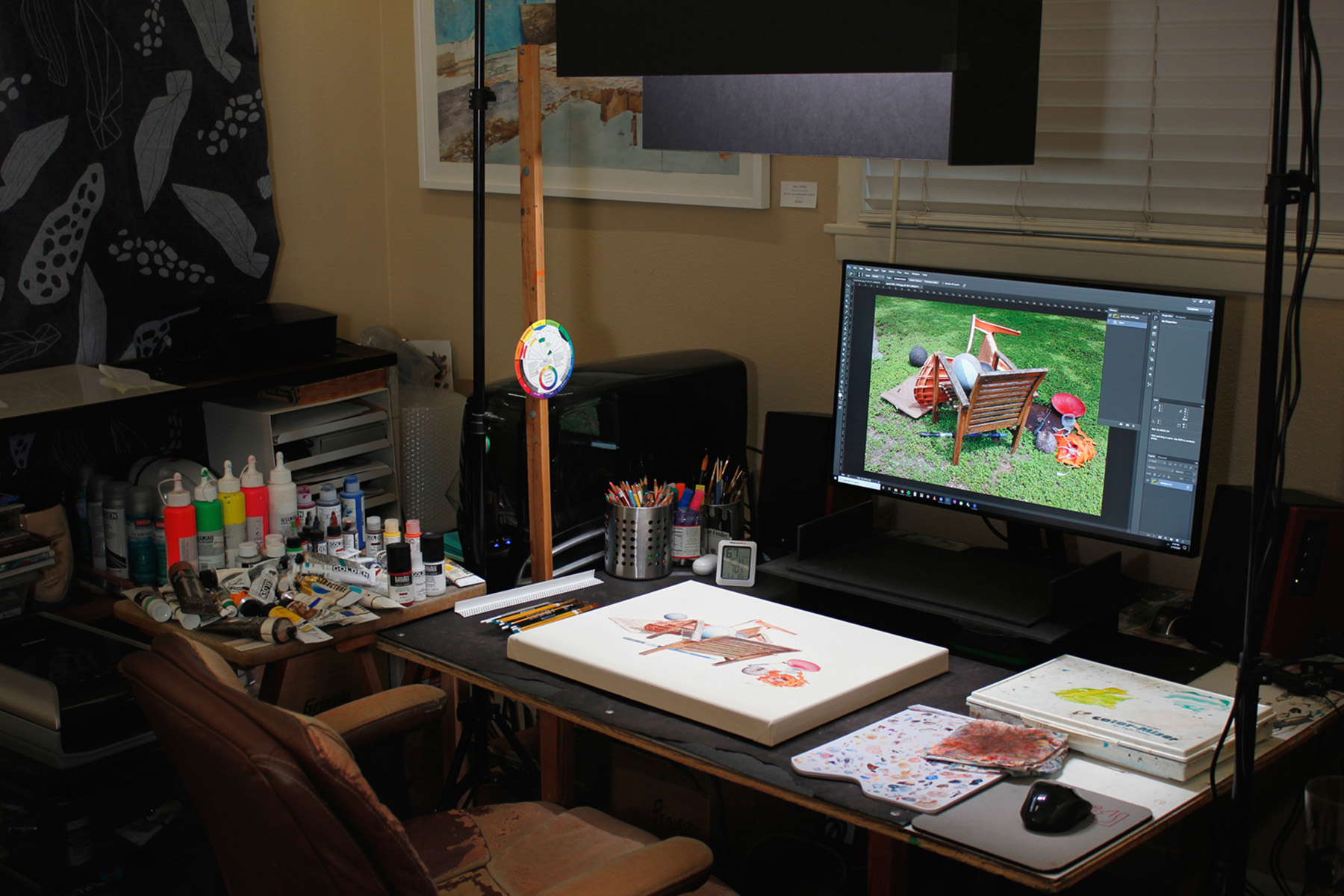 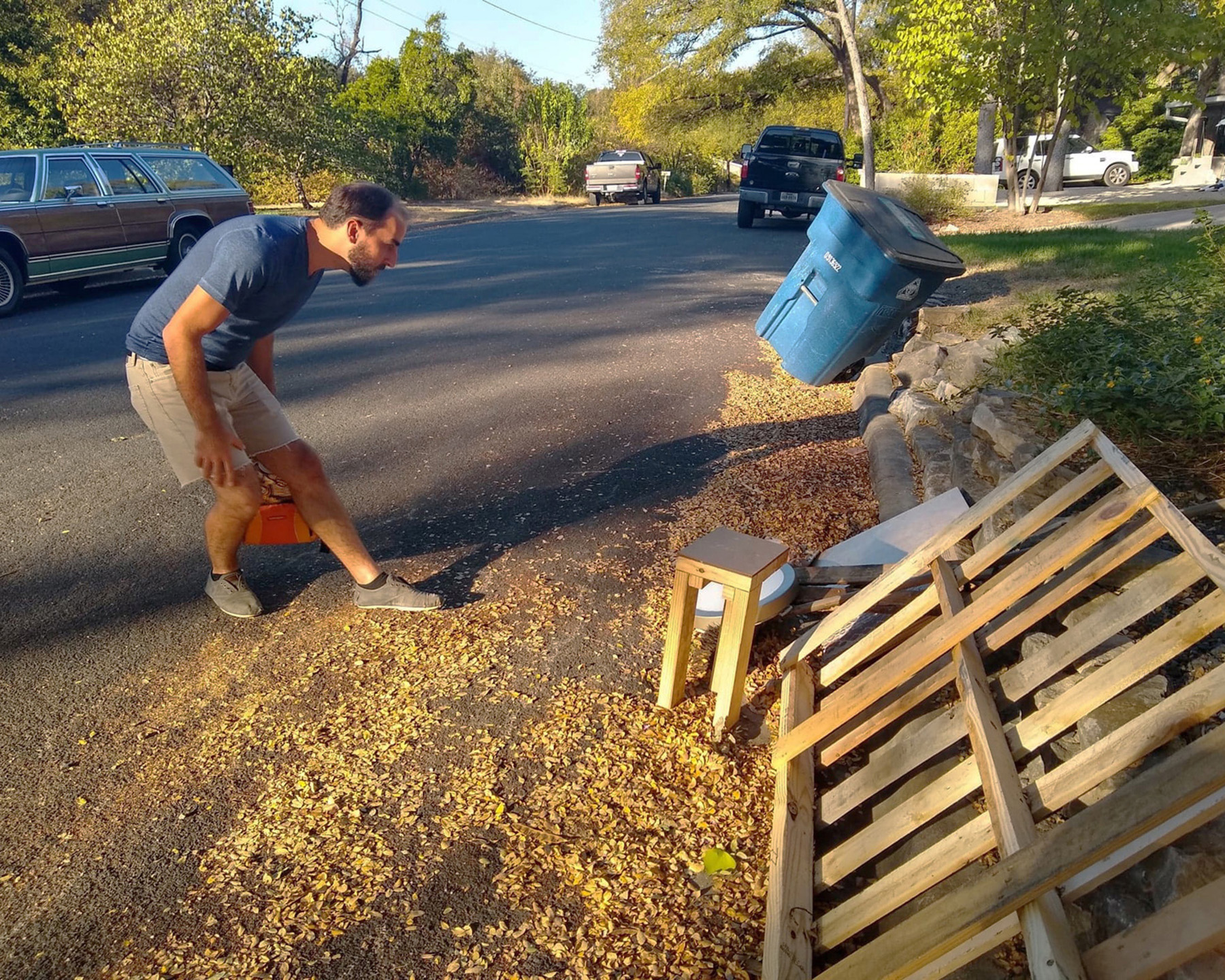